Boomer in Waitsfield, VT sent us a nice message and photo about his Elevator 1800U ATV UTV Lift Table. He writes, "Wanted to let you know the lift is awesome." This is a Polaris Sportsman ATV up on the lift. Thanks for sharing your feedback and pic, Boomer! 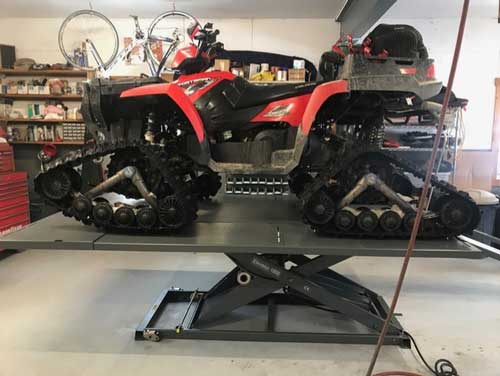 I found this thread that one of our customers posted on xlforum.net, entitled "Let the build begin (Hardtail Conversion)" - great to see the use he's getting out of the PRO 1200 motorcycle lift! We loved watching the process unfold and asked his permission to re-post his photos/commentary to our blog. We wish you luck with your hardtail conversation project, George!!

Just in time for Christmas, my Son and I are ready to start our hardtail conversion. The lift came in just in time and all set up. 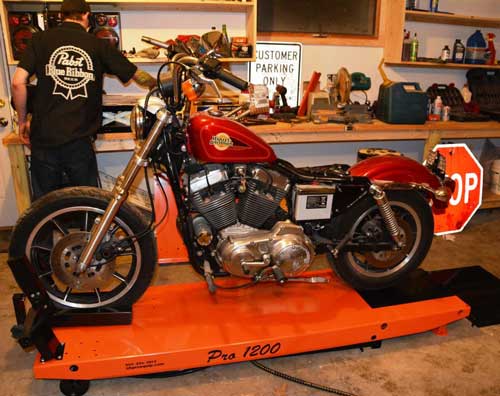 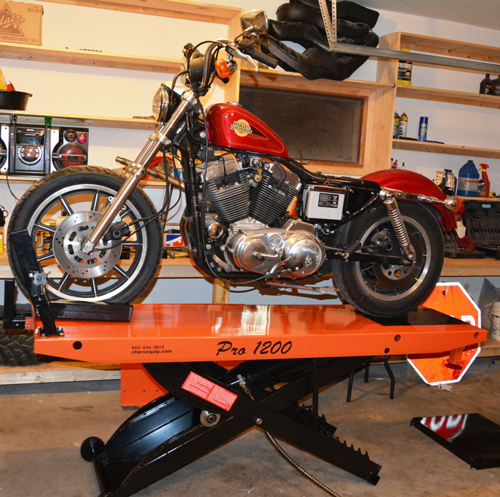 All we want for Christmas is to tear this thing apart! 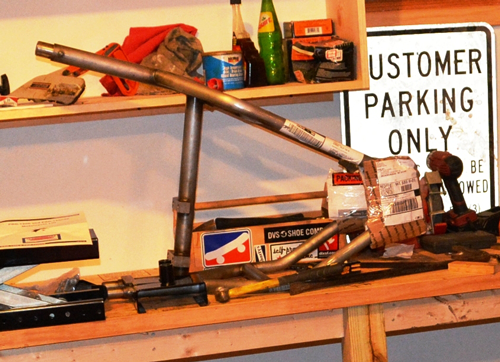 A great road is a great road, but if you're riding a motorcycle, you're looking for something special: twisties, vistas, turnouts, that perfect stretch of smooth tarmac, and biker-friendly stops that make getting there most of the fun. Here are 10 of the best roads across America for an unforgettable motorcycle journey:

2. Appalachian Mountains: 770 miles from Front Royal, Virginia to Deal's Gap, North Carolina This four-in-one magic mountain ride begins with Skyline Drive in Virginia, a 105-mile run along the ridge of the Shenandoah National Park, conveniently connected with the Blue Ridge Parkway for 469 miles of smooth roads and sweeping blacktop. Ride east to Tellico Plains along the Cherohala Skyway (Hwy 28) descending into Tennessee backcountry. Loop back via Hwys 360 and 72 to Deal's Gap, and take on the internationally famous 11 mile Tail of the Dragon and whip through those 318 curves for some bragging rights.

3. River Road, (FM 170): 120 miles from Terlingua to Candelaria, Big Bend, Texas Farm to Market 170 is all smooth heavenly pavement along the Rio Grande through the Big Bend's Chihuahuan Desert ecosystem with its mountains, canyons, badlands, and stunted forests, and even grandma's Buick can handle the 17 mile off-road loop through the Valley of the Gods. But if you've got a dual-sport, you're going to be in heaven. Once it reopens (progressing well at the time of writing), you'll be able to ride on a boat over the Rio Grande at the Boquillas Crossing for a short jaunt for lunch on the Mexican side of the border.

4. Going to the Sun Road: 50 miles in Glacier National Park, Montana Before this two-hour, 50-mile ride over Logan Pass was completed, it took visitors several days to get through the park, which speaks of its height and contortions. Watch out for mountain goats and bighorn sheep, and pull over at the Jackson Glacier Overlook to take in the most spectacular scenery in the park.

5. Beartooth Highway, (US 212): 68 Miles in Yellowstone National Park, Wyoming Squiggle along for a couple of hours over the highest highway in the Northern Rockies as it twists and turns its way up to 10,947 feet at Beartooth Pass in Wyoming. Stop to take in views of glacier-laden peaks, alpine plateaus dotted with lakes, waterfalls, and lush forests in one of the most rugged areas in the lower 48 states.

7. Coastal Highway 1: 170 miles from Kittery to Bucksport, Maine Detours, not twisties, along Maine's 3478 miles of coastline is the point here. The oldest highway on the east coast is dotted with over 60 lighthouses, countless cute towns, antique shops, lobster shacks, and almost 50 peninsulas to explore. The highway connects with many other scenic routes, including a ferry ride to Nova Scotia.

8. Overseas Highway (Hwy 1), Florida, 100 miles from Key Largo to Key West Put your sun screen on and cruise out onto a narrow stretch of road made of bridges atop a living reef in the turquoise Straits of Florida sandwiched between the Atlantic and the Gulf of Mexico. Join the margarita-saturated tourists in tropical paradise and enjoy the biker-friendly atmosphere. Salt air, sea food, and slow speed get you onto island time in no time flat.

9. Route 66: 2200 miles from Chicago to Santa Monica On just about everybody's bucket list is Route 66. Ride all 2200 miles of this history lesson smothered in kitsch, or just grab a slice or two, like the pies you'll find in endless supply at the many biker-friendly stops between Chicago and Santa Monica.

10. The Great River Road (Hwy 61): 2,552 miles from Itasca State Park, Minnesota to Jackson, Louisiana GRR 61 is a single route created in 1938 to highlight the 10 states bordering the great Mississippi River from its headwaters in Minnesota to its termination in Louisiana's Cajun Country. Local riders from all 10 states flock to 'their" section of the road, whether it's lined with meadows, cypress swamps, thick forests, limestone cliffs, or wildlife refuges. Industrial areas are easily avoided. Carla King is an adventure travel writer who specializes in riding cranky indigenous motorcycles around the world. She is author of the Motorcycle Misadventures series of books and live internet dispatches from the road. Wherever she is, you can always find her at CarlaKing.com. 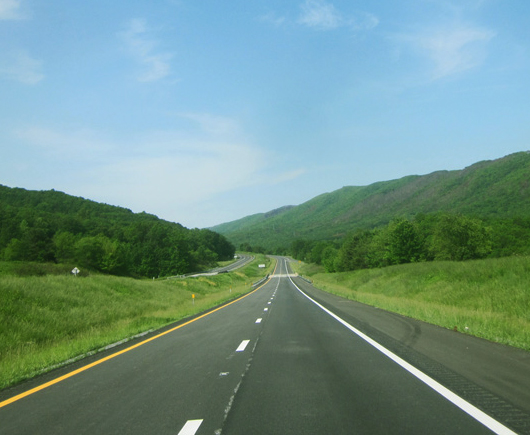